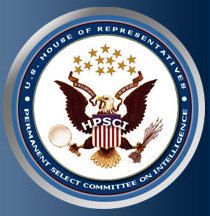 14 July 1977: The U.S. House of Representatives established Permanent Select Committee on Intelligence. The House Permanent Select Committee on Intelligence is the primary committee in the House of Representatives charged with the oversight of the United States Intelligence Community. It shares some jurisdiction with other committees in the House, including the Armed Services Committee, for some matters dealing with the Department of Defense and the various branches of the U.S. military.

The creation of the HPSCI and the Senate Select Committee on Intelligence both came about as a result of the recommendations of two congressional investigatory panels established in 1975 to look into allegation of CIA abuses:

The Church Committee, named for its chairman Senator Frank Church of Idaho; and
The Pike Committee in the House, chaired by Representative Otis Pike of New York.

Today, the impact of both committees can be found in the accountability, efficiency, and cohesion of the American Intelligence Community.