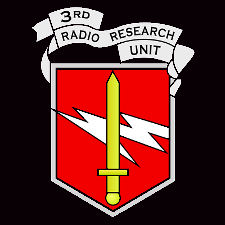 On 13 May 1961, the first contingent of Army Security Agency personnel arrived in South Vietnam (setting up an organization at Tan Son Nhut Air Base) to provide support to the U.S. Military Assistance Advisory Group and help train the South Vietnamese Army. During the early years of conflict, ASA troops in Vietnam were assigned to the 3rd Radio Research Unit. Their primary mission was to locate Viet Cong transmitters operating in the south.

This mission was in its early stages when one of their direction finding (DF) operators, SP4 James T. Davis, was killed in a Viet Cong ambush on a road outside Saigon. The date of the ambush, 22 December 1961, made Davis the first American cryptologist to lose his life during the Vietnam War. Click the link below to learn about SP4 Davis in a special NSA pdf.

SP4 Davis' name is engraved on the NSA/CSS Cryptologic Memorial Wall. The wall, dedicated in 1996, lists the names of 176 Army, Navy, Air Force, Marine, and civilian cryptologists who have made the ultimate sacrifice, "serving in silence," in the performance of their duties since World War II. Learn more via the links below.