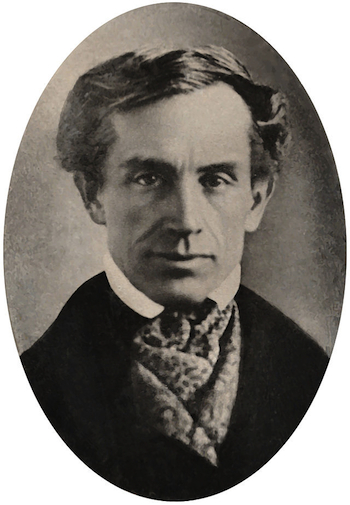 Samuel Morse was an American painter and inventor. After having established his reputation as a portrait painter, in his middle age, Morse contributed to the invention of a single-wire telegraph system based on European telegraphs. He was a co-developer of the Morse code, and helped to develop the commercial use of telegraphy.

Reportedly, Morse's initial inspiration to explore a means of rapid long distance communication was the delay with which he learned that his wife was ill and then had died. By the time he reached home, she had been buried. After witnessing various experiments with Charles Thomas Jackson's electromagnet, Morse developed the concept of a single-wire telegraph. The original Morse telegraph, submitted with his patent application, is part of the collections of the National Museum of American History at the Smithsonian Institution. In time the Morse code, which he developed, would become the primary language of telegraphy in the world. It is still the standard for rhythmic transmission of data.