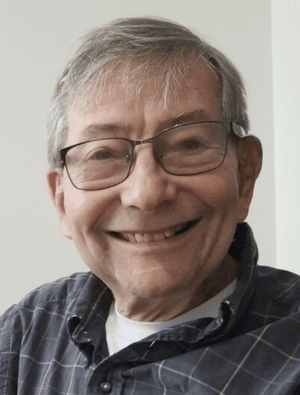 Born in Philadelphia, PA on July 28, 1935, he was the son of Billy and Eula Ferguson. Bill graduated from St. Thomas More High School and St. Joseph’s College.  He relocated to Maryland in 1957 to work for the National Security Agency. Shortly after, he married his beloved Clare Thompson. Living first in Hyattsville, Maryland, they relocated to Laurel, Maryland in 1967 where they raised their 4 children. Bill and Clare have been members of St. Mary’s of the Mills Catholic Church since that time.

Bill spent his entire career at NSA where he held a multitude of positions during a prolific career. In his “spare time”, Bill coached his children’s basketball teams, taught CCD at St. Mary’s, and was President of both the Bond Mill Citizens Association and the West Laurel Civic Association. Out of all his accomplishments though, Bill was most proud of his family.  He treasured time spent with his children, grandchildren and great-grandchildren.

Retirement from NSA didn’t slow Bill down at all!  He was a substitute teacher for both Prince George’s County schools and St. Mary’s Catholic School. He was also very active in the National Association of Retired Federal Employees, lobbying for his fellow Federal Retirees.

*** NCF Note - Bill will be deeply missed by his friends and colleagues at the Foundation. For 20 years, Bill volunteered with the Foundation - organizing the annual Pearl Harbor Cryptologic Program. His contributions and support were greatly appreciated and he will always be remembered.