When President Jefferson was the Secretary of State he invented, in cooperation with Robert Patterson of the University of Pennsylvania, what they called a "Wheel Cipher" which used 26 disks with numbers on the side individually mixed and inscribed around the circumference, that were placed on a common axle. When each correspondent had an identical cylinder and the wheels were identically aligned, a plaintext message enciphered by one could be read by the other. This device is described and analyzed in his papers. 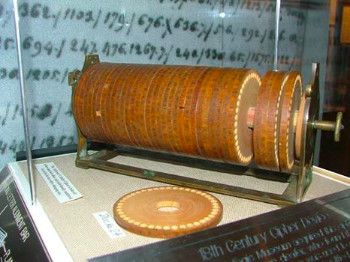 The Jefferson Cipher Device - (cylinder cipher device pictured here) is one of the rarest items in the NCM's collection. It's not only one of the rarest, but one of the oldest. Although commonly referred to as the "Jefferson Device," (Jefferson designed a similar cryptologic device), this one was not not used by Thomas Jefferson. An antique dealer who found it in West Virginia sold it to the museum in 1991, before the current facility was a museum. The device's close proximity to Monticello, where Jefferson lived, initially led some to believe our third president may have used it, however, experts at the Smithsonian Institution believe it dates back to second quarter of the 19th century after Jefferson's death.

Different from the cylindrical cipher device that Jefferson designed, which used 26 disks with numbers on the side, this device uses 40 disks. Each disk has 42 characters hand painted in black. It uses French language, so accented letters and punctuation are included as well as numbers. A bar, a thin rod, and five disks (35, 36, and 38 to 40) are missing. The bar went across the top connected to the base frame. It helped in lining up the row for encryption or decryption. The disks have small holes in their circumference for the rod to be inserted. 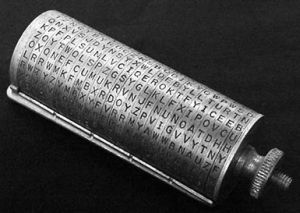 Interestingly enough, the basic ideas of Jefferson's Wheel Cipher were in use even well into the WWII period. For example, a U.S. Army "M-94" is also on display in the museum. The similarities are obvious. 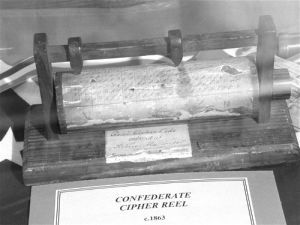 While the telegraph was used in both strategic and tactical uses in the U.S. Civil War and prompted many of today's command, control, and even information warfare techniques, there were accompanying needs for accurate encryption tools. One such device that is on display in the museum is a Confederate Cipher Reel from the 1863 time-period.

This reel was a mechanization of the Vigenere system of polyalphabetic substitution. This rare artifact was sent to the chief signal officer in Washington as a trophy after it was captured at Mobile, Alabama. The use of tools such as this improved both the speed and accuracy of encryption and decryption processes. Of course, code books and cipher disks were also used by both sides in this conflict. 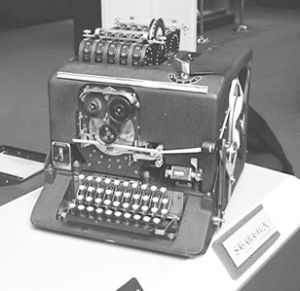 In the late 1930s, U.S. Army cryptologists developed a technique of using wired rotors to drive the relative positioning of the basic cipher rotors in a wired rotor cipher machine. This provided great improvement in the cryptologic security of the systems in use at that time. After a period of evaluation, both the Army and Navy adopted this machine. It used ten rotors for basic cipher operations and five rotors to control the stepping. The Army and Navy could communicate securely using the same machine. Over ten thousand of these machines, called SIGABA by the Army and ECM by the Navy, were used during the war. Postwar analysis revealed that it had provided a powerful advantage - the SIGABA/ECM machines were never exploited by the enemy. One of these machines is on display in the museum and portions of its colorful development process can be explored in the Museum Library. 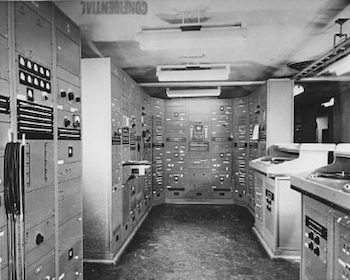 SIGSALY...the Beginning of the Digital Revolution

Today, digital technology is the backbone of our entire information industry. This was not the case prior to WWII. Pioneering work was performed in this era in a successful effort to provide secure voice communications for high-level government officials. Prior to the full involvement of the United States in WWII, both the U.S. and the U.K. used transatlantic high-frequency radio for voice communications. While an analog privacy system was used, it could be exploited (and was) by a determined adversary.

A remarkable development effort, led by the Bell Telephone Laboratories (BTL) demonstrated an entirely new way to provide voice security. A U.S. Army contract was awarded in 1942 for the production of two systems. They were successful and the system, called SIGSALY, was first deployed in 1943. There were at least eight important engineering 'firsts' involved in this system. Twelve terminals were eventually deployed. It was a capable system, but required specially trained operators and support personnel. The Army responded to this challenge by creating the 805th Signal Service Company and members of the Women's Army Corps also performed many associated duties. It was also a large system, weighing over 55 tons! Nevertheless, the ability to use truly secure voice communications at high organizational level was a great advantage to the Allies in the conduct of the war and the critical time that followed it. A mock up of a SIGSALY system is on display in the museum, one can listen to a simulation of what the voice quality was, and a brochure is available that describes some of the techniques that were used in that time.

Learn much more about the SIGSALY story via the NSA website. 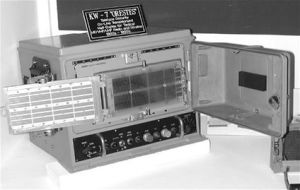 Early Transistors and Their Use in COMSEC

Transistor circuitry found its way quickly into communications security equipment once reliability data were obtained and good design criteria were established. An example is the KW-7 data encryption system, an all-transistor unit that was deployed initially in the 1960s. The transistorized system was about one-tenth the size of the system it replaced and had much lower power consumption. 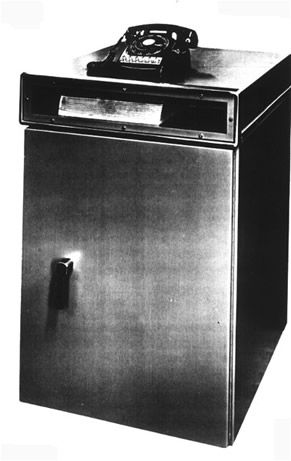 Transistors were also applied to the problem of voice security. The KY-3 voice encryption system was still too large and power-hungry for graceful tactical field use, but it did gain wide acceptance in office-like applications. Some of these systems remained in operation until the late 1980s.

Examples of both of these systems and their successors are on display at the Museum. They represent the ever-continuing need to apply advancing technology in large scale deployments of critical capabilities.

Of Course There Is More to the Story....

The examples given above are only a portion of the Information Assurance story that is told in the museum. There are also examples of equipment and techniques that pre-date President Jefferson and extend into the space age. When you visit, you will see examples of "paper and pencil" techniques and those that use radiation-hardened, large-scale integrated circuits. It will become very clear that both the variety of applications and the technologies used, continue to expand today. What is next? We invite you to visit the museum and see if your imagination is stimulated! We think it will be. 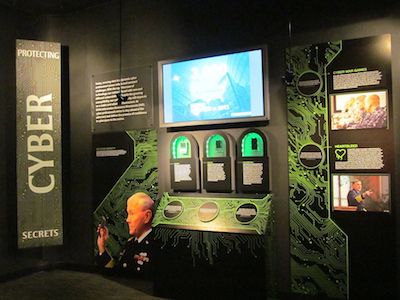 During the Summer 2015, the NCM opened a newly updated Information Assurance Gallery highlighting the equipment and stories, past and present, that detail how NSA protects written, spoken, military, space, and cyber communications. The gallery will also exhibit NSA's intelligence support to space and feature some of NSA's success stories in defending the Nation's communications security. 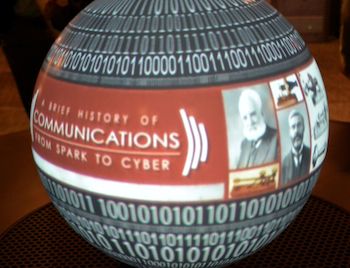 The NCMF strives to acquire rare, interesting, and valuable artifacts for the Museum, as well as publications for the Library.