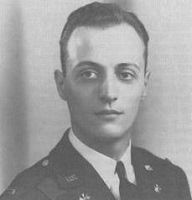 Paul E. Neff, COL (USAR Ret.) died in May 2005 at 88. He was a civil engineer for the Federal Power Commission when he was drafted in March 1941 and assigned to the office of the Chief Signal Officer in the Munitions Building in Washington, DC.

His wartime service took him to England, and later France and Germany, providing signals intel- ligence support to the European Theater of Operations. Among other things, he sought out German cryptologists in the spring of 1945, gaining information that proved valuable in the work on Soviet war- time espionage.

He also served as deputy chief of the Army Security Agency in 1946 and was released from active duty in October 1948. The short-lived Armed Forces Security Agency (AFSA) was formed the following year. Paul was one of the architects of the merger of Army & Navy cryptologic efforts into the National Security Agency in 1952, and became the first Comptroller of NSA.

As a “senior manager,” in 1955 he attended the Industrial College of the Armed Forces (at Ft McNair), returning to become Deputy Director for Communications. At the time of his retirement from NSA in 1972, he was Inspector General.

He was also a “Life Master” bridge player and a gourmet cook.