Retired ASA’er Bill Roscher recently donated a working condition Super-Pro receiver from WW II. The Super-Pro was made by the Hammarlund Company and carried the military designators of BC-1004, BC-794, and BC-779. It was the workhorse radio of the Army Signal Corps during WW II and saw extensive use in every military theater. They were manufactured through at least 1945, and possibly as late as the early 1950s. Thousands were delivered. The Super-Pro was eventually replaced by the venerable R-390 URR receiver used by, inter alia, the AC Chairman during his SCE and early Agency career. The NCM curator has accepted the Super-Pro for possible use as a period piece in a future WW II display. 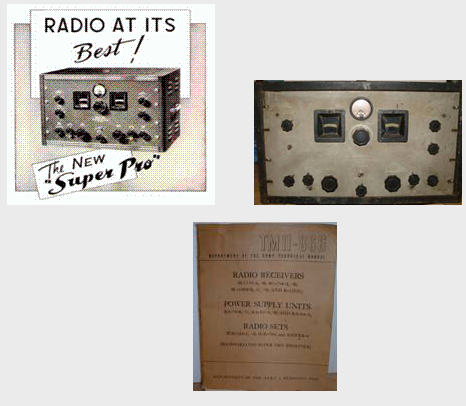