Lt. Gen Kenneth Minihan to be inducted into Cyber Security Hall of Fame Class of 2019 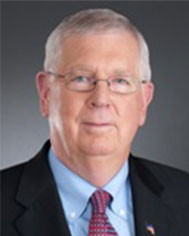 The NCMF is pleased to announce that NCMF BoD member Lt. General (Ret) Kenneth A. Minihan will be inducted into the National Cyber Security Hall of Fame Class of 2019 on 25 April in recognition of his notable impact on the field of cybersecurity. The formal induction will take place on 25 April at the annual Hall of Fame Dinner at The Hotel at Arundel Preserve.

Congratulations Ken on this prestigious award!

The Hall of Fame was created as a way to honor and memorialize individuals who have had a particularly notable impact on cyber security as a field.

There are five criteria when considering potential honorees: Technology, Policy, Public Awareness, Education and Business. Nominated individuals can reside and work anywhere in the United States. A senior board reviews submissions made to a public call for nominations after they have been compiled and ranked to select each year’s honorees.

Brian Snow, a former technical director with the National Security Agency, known for his work in cryptography, and in seeking to bridge the gap between government and the commercial sector, helping to foster transparency and cooperation.

Sheila Brand, the defining person behind the production of the Trusted Computer System Evaluation Criteria, known as the “Orange Book”, a standard set of requirements for assessing and effecting cybersecurity controls in a computer system.

Corey Schou, a University Professor, Associate Dean, published author, and the director of the National Information Assurance Training and Education Center. He led the development of the college curricula which underpins the Centers of Academic Excellence in Information Systems Security (Cybersecurity) program

Virgil Gligor, a professor at Carnegie Mellon University who has made fundamental contributions in applied cryptography, distributed systems, and cybersecurity. Other subjects that he has worked on include covert channel analysis, access control mechanisms, intrusion detection, and DoS Protection.

Kenneth Minihan, a former United States Air Force officer known for his service as the Director of the NSA, and prior to that, the Director of the Defense Intelligence Agency under the Clinton administration. He operationalized NSA’s Information Systems Security mission promoting engagement with industry and academia and U.S. allies. He has over thirty years experience in national, defense and military information services, information technology development and diverse customer support services.

Rebecca “Becky” Bace, who was the major force behind building the computer misuse and detection (CMAD) community, starting in the 1990s.She has been widely recognized for her many efforts in industry and government to increase participation by women and minorities in cyber security, and to bring useful technology to market. Becky is fondly remembered by many as the “Den mother of Cyber Security.”

Howard Schmidt, who, among many other activities, was Vice Chair of the President's Critical Infrastructure Protection Board and the special adviser for cyberspace security for the Bush White House directly following 9/11. While in that position, he was a leader in developing the U.S. National Strategy to Secure CyberSpace. He later served in the Obama administration as the White House Cybersecurity Coordinator. He also served as the CISO and CSO of Microsoft, among other roles.

Congratulations to all the new inductees!