FS Teufelsberg then and now 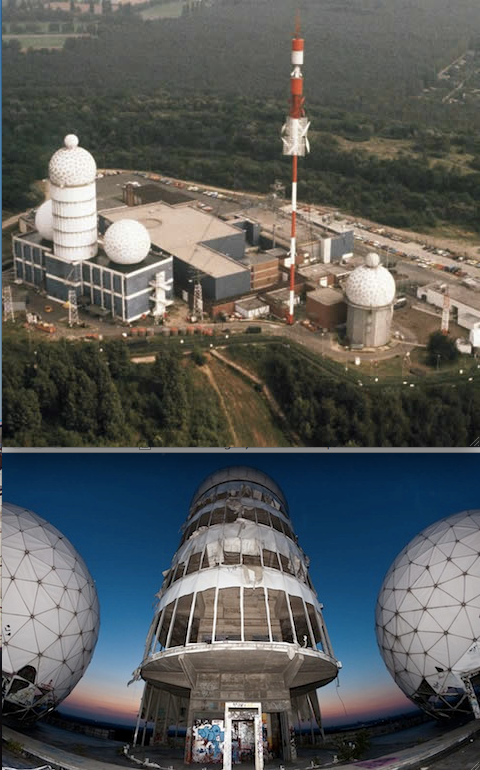 This massive hill was called Devil’s Mountain, or "Teufelsberg" in German. It was on Devil’s Mountain where the NSA built one of the largest and highly classified listening stations in the world to eavesdrop and spy, intercepting Soviet, East German, and other countries’ communications. The station continued to operate until the fall of East Germany and the Berlin Wall. Yet after the station was closed, abandoned, and the equipment removed, the derelict buildings and radar domes still remained.

See a collection of photographs of the abandoned site.

The top image above is of the station while still operational. The bottom image of the abandoned site with graffiti is by Matt Biddulph.

The site was in the news again with a major article in the UK Mail.