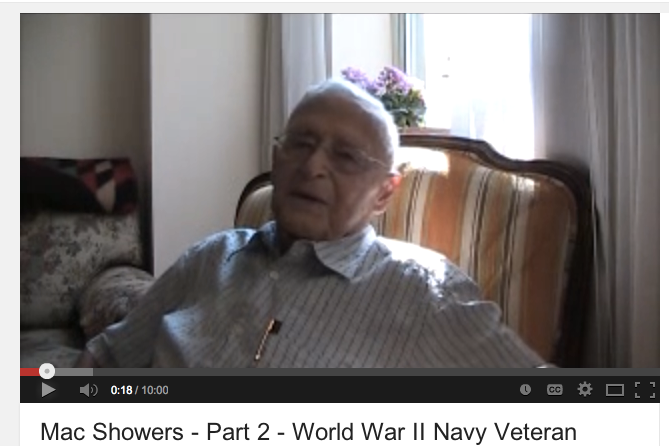 RADM Donald "Mac" Showers passed away on October 19, 2012. On September 23, 2010 he did an interview covering his experiences in the Navy. The interview is available, in four parts, on Youtube.

You can also read an article on his passing at ctovision.