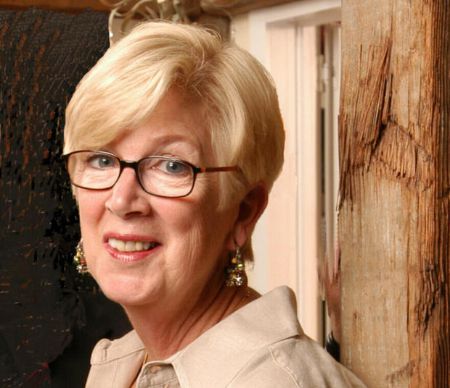 The NCMF is thrilled to welcome Ms. Jonna Mendez as the guest speaker for the 19 February 2020 Quarterly Cryptologic Program in Annapolis Junction, MD. Ms. Mendez is a retired CIA officer, author, and disguise expert. During her presentation, this former "Chief of Disguise" will tell all. We invite you to join us for what we know will be a fascinating program. CLICK HERE for details and to register.

In the meantime, you may enjoy reading more about Ms. Mendez in a December 2019 Wall Street Journal article by Elizabeth Winkler titled, "The CIA's Former Chief of Disguise Drops Her Mask: Jonna Mendez served 27 years undercover, crafting wigs, prosthetic noses, false teeth and masks that could be peeled off like Tom Cruise’s in ‘Mission: Impossible.’"

Below is an excerpt and link to read more...

One morning during the presidency of George H.W. Bush, Jonna Mendez, then the CIA’s chief of disguise, entered the White House wearing a mask. She had originally disguised herself as an African-American man but decided that mask wouldn’t work, not least because her voice would give her away. Instead, she borrowed the face of a female colleague. “It was a little nerve-racking,” she recalls. “I hadn’t really worn it anywhere.” She sat outside the Oval Office, chewing her pencil through the mask, until the president was ready for his morning intelligence briefing.

Entering the Oval with Brent Scowcroft, the national security adviser, and Robert Gates, the CIA director, Ms. Mendez delivered the briefing without raising the slightest suspicion. “Then I said, I’m going to show you what we’re doing now, the latest technology. I’m going to take it off.” President Bush, himself a former CIA director, told her not to; he wanted to figure it out himself. Mr. Bush stood up from his desk and circled her but couldn’t spot anything amiss.  READ MORE