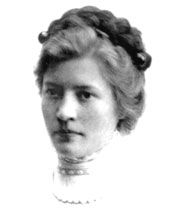 24 July 1889: noted U.S. cryptanalyst Agnes Meyer Driscoll was born. Ms. Driscoll's work as a navy cryptanalyst who broke a multitude of Japanese naval systems, as well as a developer of early machine systems, marks her as one of the true "originals" in American cryptology.

From the Women in American Cryptology NSA page: