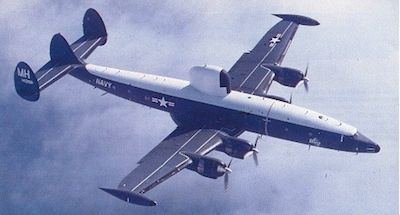 15 April 1969: Navy EC-121 shot down by North Korean MiGs over the Sea of Japan. The aircraft, Bureau number 135749, c/n 4316,[3] bore the tail code "PR-21" and used the radio call sign Deep Sea 129. Thirty-one U.S. Navy and Marine Corps personnel were killed. On 15 April 2013, NIOC Misawa commemorated the 44th anniversary of this loss with a special ceremony. Learn more via the link below. See also the link below to an NSA document regarding the NSA & the EC-121 shootdown.

Deep Sea 129's assigned task was a routine Beggar Shadow signal intelligence (SIGINT) collection mission. Its flight profile northwest over the Sea of Japan took it to an area offshore of Musu Point, where the EC-121M would turn northeast toward the Soviet Union and orbit along a 120-nautical-mile (222 km) long elliptical track. These missions, while nominally under the command of Seventh Fleet and CINCPAC, were actually controlled operationally by the Naval Security Group detachment at NSF Kamiseya, Japan, under the direction of the National Security Agency.

At 12:34 local time, roughly six hours into the mission, the Army Security Agency and radars in Korea detected the takeoff of two North Korean Air Force MiG-17s and tracked them, assuming that they were responding in some fashion to the mission of Deep Sea 129. In the meantime the EC-121 filed a scheduled activity report by radio on time at 13:00 and did not indicate anything out of the ordinary. 22 minutes later the radars lost the picture of the MiGs and did not reacquire it until 13:37, closing with Deep Sea 129 for a probable intercept.