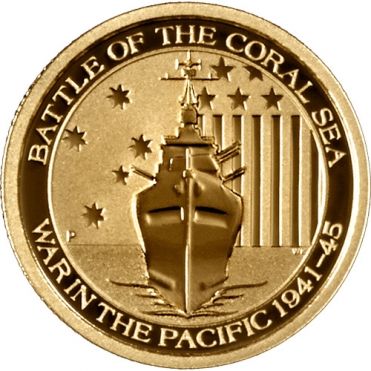 The Battle of Midway is well known as the turning point in the Pacific war. However, if not for the Battle of the Coral Sea a month earlier, the three American carriers at Midway would have faced six Japanese carriers of the type that had devastated Pearl Harbor five months prior, instead of only four — and the Battle of Midway might have ended differently.

Coral Sea was the world’s first all-carrier battle, and the first sea battle in which neither side could see the other. Both the U.S. and the Japanese navies thought they understood how to fight using carriers. Both discovered they were wrong. At the end of this painful learning experience, the United States had lost the 41,000-ton carrierLexington, while Japan had lost only the 11,000-ton carrier Shoho.

The battle was a strategic victory for the United States. The Japanese invasion fleet turned back, saving the region that a Japanese air base at Port Moresby would have dominated. More importantly, Japan’s two newest carriers,Shokaku and Zuikaku, were damaged so much that they could not participate in the Battle of Midway. Their absence might have been a decisive factor.

After the Battle of the Coral Sea, the Japanese army continued to press south, but the Australians beat them back twice in New Guinea, and the U.S. held them off at Guadalcanal.