1917: President Wilson was informed of the contents of the Zimmermann telegram. 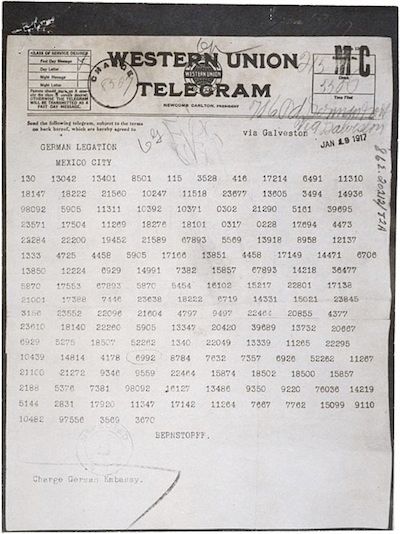 28 February 1917: President Wilson was informed of the contents of the Zimmerman telegram. (photo via National Archives)