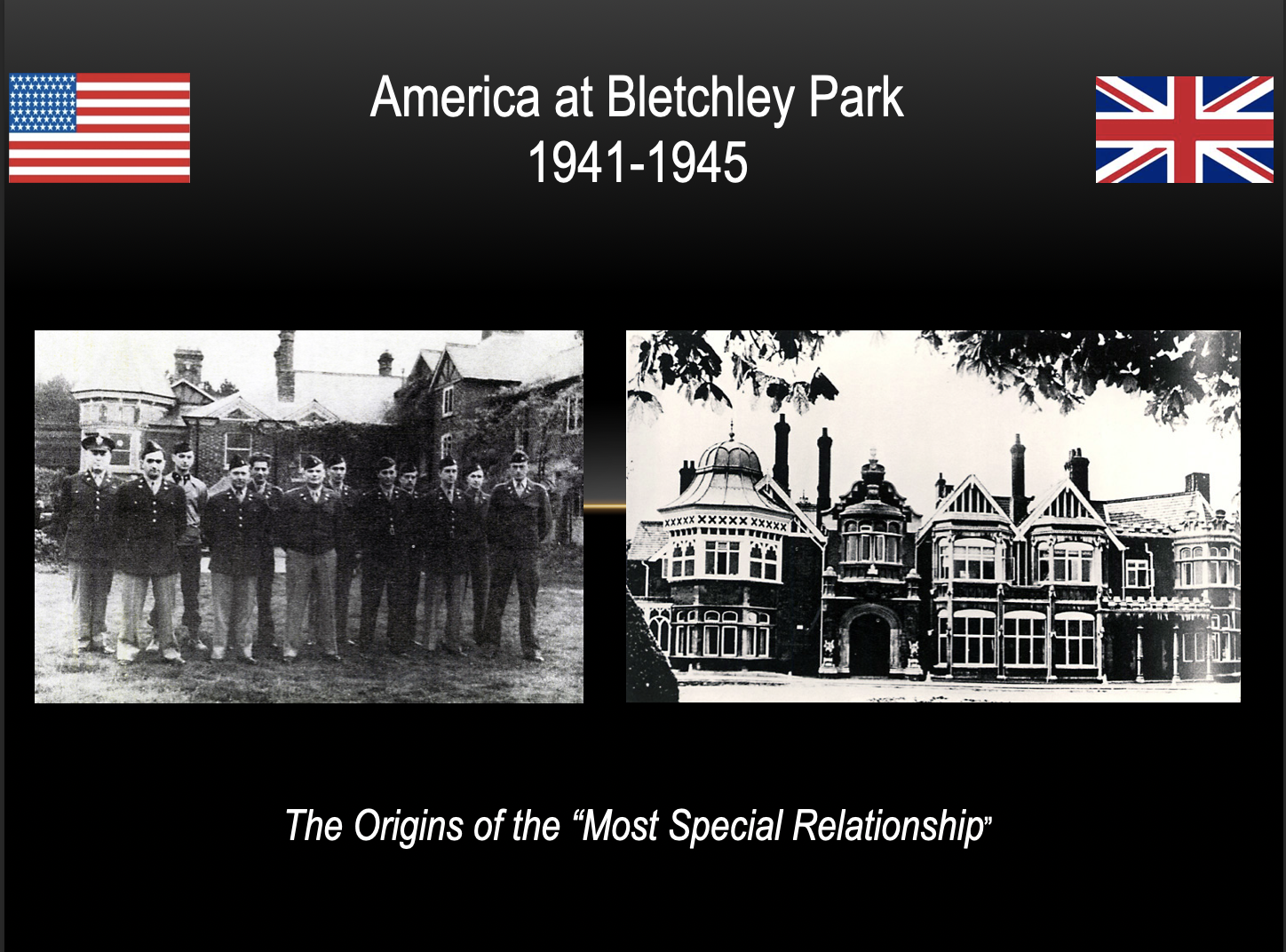 In late January 2021, the NCMF hosted a virtual cryptologic program featuring Dr. David Sherman, "American Codebreakers at Bletchley Park, 1941-1945." Dr. Sherman discussed a secret February 1941 U.S. visit to Britain’s wartime codebreaking center and how it set the stage for the enduring partnership that emerged after World War II, a partnership often called the closest and most important relationship in the history of intelligence.

Click the link below to watch the full recording of the program - to include Q&A with Dr. Sherman.

Please also see a link below to learn about the 75 Years of Cooperation Exhibit to celebrate the collaboration between the US and the UK.