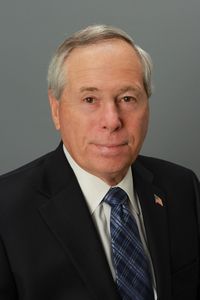 General Rod Isler is a native of Oklahoma City, Oklahoma and is the son of a career Army family having moved all over the world from one Army post to another. Rod later was drafted in the Army during the Vietnam conflict and , attended Officer Candidate School at Ft. Benning, Georgia. General Isler was commissioned in Military Intelligence and served his country in various Command and Intelligence positions for the next 33 years. During his distinguished Military career, Rod served in several key Strategic Intelligence positions including the Senior Intelligence officer in Korea and later in Bosina-Hertzegovina. He also served at the National Security Agency and later at the Central Intelligence Agency as the Director for Military Support. General Isler was then moved to Defense Intelligence Agency where he served as the Director of Operations until his retirement in 2002.

Following his retirement from General Dynamics Rod Isler started his own Consulting business and has served on various Boards supporting new start up Business in the Intelligence Community. Rod Isler is the Vice Chair on Board of Directors for the Hospice of the Chesapeake and serves on the Board for the National Cryptologic Museum Foundation. He currently serves as the Vice President for the Campaign to raise funding for the construction of the new Cyber Center for Education and Innovation, Home of the National Cryptologic Museum.